Permit to Trade and Travel

This interesting document from the Public Records Office in England would be useful for those doing French and Indian War impressions. The original was issued by General Gage in 1762 to allow a sutler and trader to pass from Montreal into New York to trade with the Indians. However, the form in its blank state could be used for just about anything, including a safe conduct. The permit contains Gage’s signature and that of his secretary. It also has an embossed stamp attached as the original. Price per package of 3. Watermark does not appear on purchased documents. 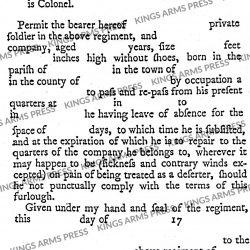 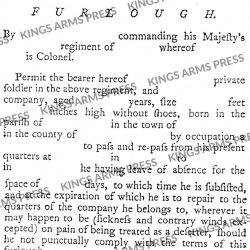 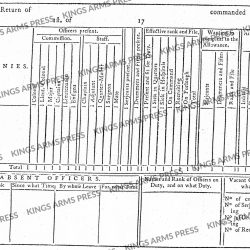 Monthly Return of a Regiment 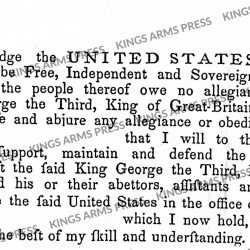