This form is representative of British forms used in the late 18TH century and early 19th century and is copied from an original in the War Office. If filled out properly it would make a nice gift and can be framed. The document has two stamps affixed, one embossed, and the other printed. The from is printed on hand made, laid paper from France. Watermark does not appear on purchased documents. 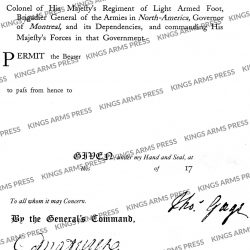 Permit to Trade and Travel 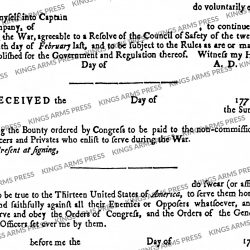 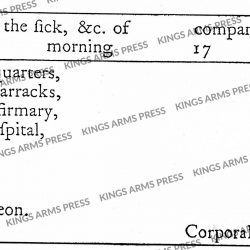 Company Return of the Sick 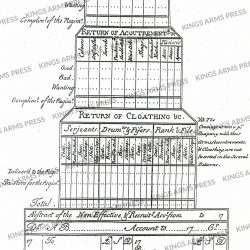